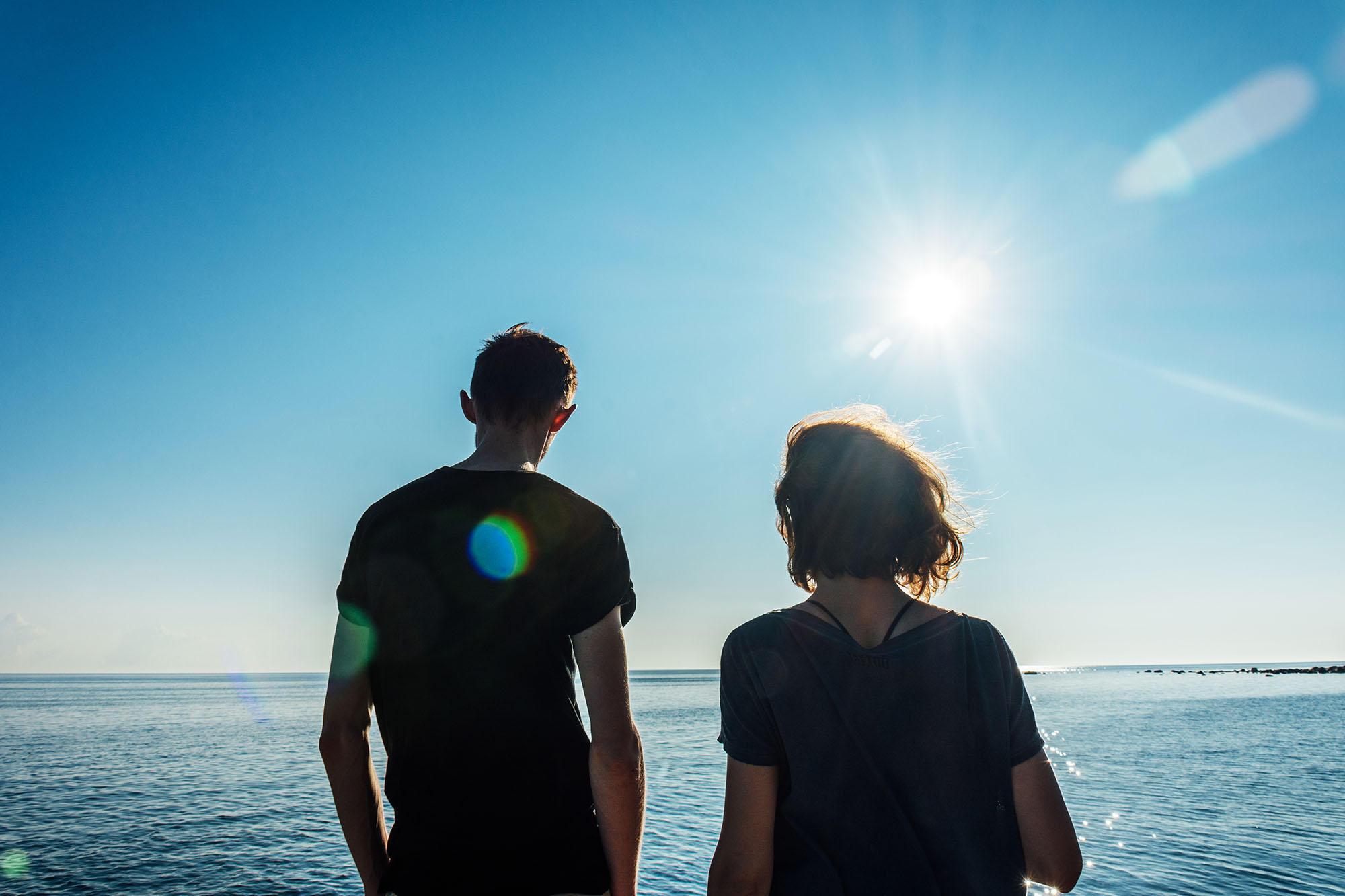 Follow The Compass is a music project started by a bass player Alexander Mukhin of Saint Petersburg, Russia in April 2012 when the debut album “First Flight” was released. All 8 pieces on the album were played solely on a Tune bass guitar by Alexander. Same year he was joined by Darya Pchelintseva on keyboard to fill the background of the music canvass sketched by the four-In July 2012 an EP Looking Forward was released.
By the end of the year the duo performed in Moscow and Saint-Petersburg.

In January 2014 Darya left and a new keyboard player Kseniya Besserebrennikova joined the project. Discovering new synergies led to the release of the FTC’s second album Imagination in July 2014.
This work revealed newly found colors, textures and musical instruments. It benefited from duo’s higher level of collaboration and Kseniya’s professional expertise in sound engineering.
At the end of 2014 and at the beginning of 2015 the band played two concerts in Saint Petersburg and Moscow to promote Imagination.

In 2015 the musicians started working on a new EP, which was later expanded to a full-length album titled Inside, released in April 2016. The sound became more meditative and experimental. The album cover art with a view inside a kaleidoscope meant to set listeners for a deeper mindful self-exploration

A cello player Valeriya (Lera) Stemasova joined the lineup on stage at the concerts to promote Inside. At the end of 2016 she performed with the band in the now customary venues in two Russian capital cities. Lera perfectly jelled on the old pieces and enhanced the sound of the new ones. In 2017 Lera was officially welcomed to the project as a permanent contributor.

The most recent album, Colors, was released in October 2019. For now, it is the most mature work produced by the project. The album cover reflects its main concept: inside every one of us exists a unique combination of living colors, along with the shades, that are yet to be revealed. We use a whole gamut of moods to paint the world around us.